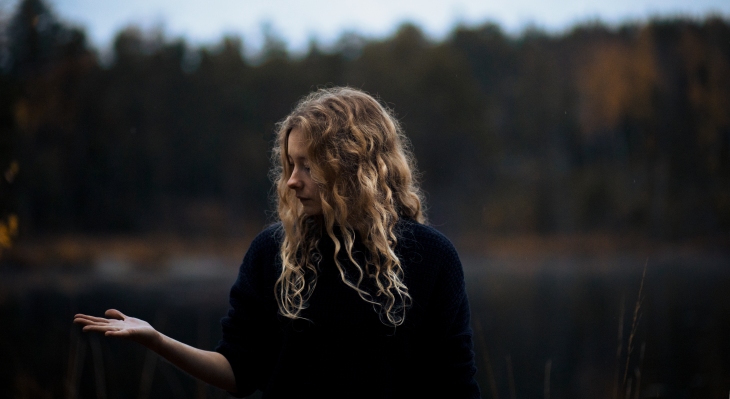 Vargkvint is the project of Sofia Nystrand which she named after a dissonant musical interval known as the “wolf fifth” due to its howling properties. It is a name which perfectly evokes the enigma of her spellbinding sound which offers sweet enchantment permeated with the aura of forces both ancient and primal. Her debut EP Brus took us deep into the forests and folklore of her native Sweden and on her first full-length record entitled Hav, she turns her focus to the sea. Having grown up in a small coastal city, it is an environment Nystrand knows well for all its allure, mystery, and power all of which she seeks to capture on the new record.

”The sea has played such a huge part for us, in how societies have formed and grown, it has connected us with each other and given us life, and is the base behind much of our mythology. But at the same time, it has been a really cruel mistress – its storms, tsunamis and rising sea levels have been devastating to individual lives, whole societies and now humanity as a whole. It’s in that conflict – its beauty and its menace, its life-giving and its life-taking, this concept-album was created” – Sofia Nystrand

In this exclusive premiere, you can listen to the first single from the album called “Drivved” (Driftwood). The song demonstrates how Nystrand is capable of creating an arrestingly intimate moment with just a piano and voice and then building it up from a ripple to a wave in a powerful swell of emotion and melody before letting it wash away in the tide. Meanwhile, the warbling siren song of the musical saw played by Jakob Lindhagen lends it a particularly haunting quality.

Hav is full of nautical references and not only in the song titles and lyrics. Field recordings such as lapping surf, howling winds, or a creaking mast vividly evoke a sense of place while the music itself has the very ebb and flow of the sea and the salt air on its skin. Such an epic tale of the sea needs narrative voices and these come in the form of folk instruments like the harmonium, zither, and saw, a male choir, and of course Nystrand herself.  It is an immensely satisfying journey you won’t soon forget. 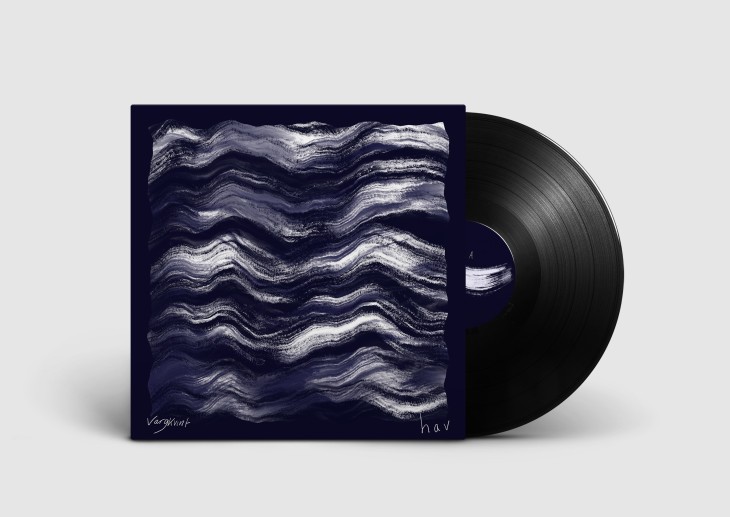 Hav will be available beginning April 5 from Piano and Coffee Records in a limited edition vinyl LP (200 copies) as well as digital download featuring artwork by Jordan Amy Lee.