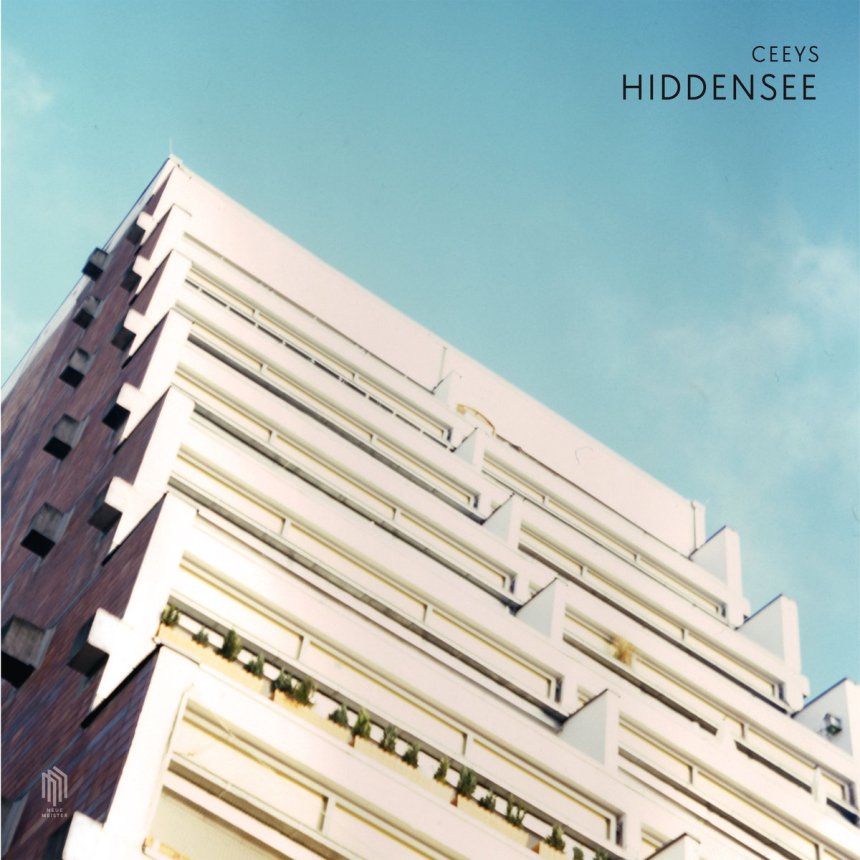 CEEYS is a portmanteau coined from the names of the primary instruments used by brothers Sebastian & Daniel Selke to perform their minimalist modern classical compositions – the cello played by Sebastian (‘violoncelle’) and Daniel’s piano and vintage synthesizers (‘keys’). Their latest album now out on the Neue Meister imprint is the final chapter in a triptych centered around growing up in Europe’s largest prefab estate in Berlin-Marzahn-Hellersdorf, East Germany and living through the dramatic political & cultural changes that transpired during the collapse of the GDR and the reunification with the West.

The album is called Hiddensee, referring to the small but picturesque holiday island in the Baltic Sea just west of Rügen, a “sweet little land” (‘Söte Länneken’) with an unspoiled beauty that attracted such artists & intellectuals in the early 20th century as Albert Einstein, Franz Kafka, Thomas Mann, and Sigmund Freud and which served as both a popular vacation destination and a haven for dissidents throughout the GDR era.

“After the Peaceful Revolution in 1989, the subsequent fall of the Berlin Wall and all through the 1990s, the area kept its contradictory atmosphere of vibrant euphoria and underlying melancholia. As we strongly felt the need to incorporate all different aspects of these turbulent times into our work, we decided to release them in a series of records over the next years to come. While CONCRETE FIELDS was dedicated to our childhood behind the Iron Curtain in the 1980s, WÆNDE was a collection of impressions regarding the sudden fall of the Wall – the moment of change that is shaping us to this very day. Now we turn to the no less intense 1990s – for us, those years bring to mind family trips and our sheer amazement for the vast beauty of the world.” – CEEYS

Beyond the idyllic memories this place represents for the brothers Selke, Hiddensee serves as a powerful metaphor for envisioning a world of possibilities and opportunities beyond concrete walls and iron curtains, even more so than the brothers could have appreciated when visiting during their younger years.

It was only later that we rediscovered this car-free paradise – a place completely rejecting the usual concept of seaside glamour with shopping malls and nightlife districts. We learned that, during GDR times, people coming to the island were not only longing for a glimpse of the often clear Western shore, but also used it as a starting point for attempted escapes, either equipped with air mattresses or simply swimming for their lives. – CEEYS

Every aspect of the music, including where and how it was made, is steeped in thematic context. For example, Funkhaus Berlin, where the album was partly produced is now home to world-class recording studios, but once the site of East Germany’s state broadcasting center, and the audio setup used by CEEYS includes a mixing console with high-end tube preamps originally built between the 1960s and 1970s for professional radio broadcasting, as well as a select collection of restored microphones, spring reverb systems, keyboard instruments and rhythm boxes, many of which were originally built between the 1950s and 1980s in either East Germany or the Soviet Union.

As for the compositions themselves, Sebastian and Daniel have adopted a starkly minimal and self-described “cubist” style which deftly intertwines contemporary motifs and bold experimentation with the influence of the giants of traditional classical music. That said, there are variations in their approach to each album in the trilogy that are shaped to the focus of the particular narrative. In the case of Hiddensee, that means a more free-spirited, rhythmically oriented sound that borders on playful at times when compared with the more somber preceding chapters.

“Only a few dark pieces can be found on this record. The intentional gloomy emptiness of the last two albums…has faded away almost completely. Rhythmic tracks are taking over here, recreating the feelings of joy, freedom and wanderlust we experienced back then. While most of the pieces are constructed with a certain kind of density, we still leave enough time and space for personal contemplation. Ultimately, this establishes a dialogue that exceeds our original instruments cello and piano – using remnants of the past: half-forgotten movies from the 1980s, love songs, and the retro-futuristic architecture of the communist era. Little twists and humor will always be essential to our work – without them we might not have understood those troubled times without sunlight, beaches and adventures as well as we do now.” – CEEYS

Through this captivating trilogy, CEEYS has not only emerged as a significant new artistic voice in the modern classical music landscape, but they have established a body of work that resonates on many levels while illuminating a fascinating period of personal, political, and cultural history.”

Hiddensee is now available from Neue Meister across a variety of digital and streaming platforms as well as CD and two vinyl 12-inch vinyl LP editions.  All editions are limited and the special vinyl LP package includes a serigraphed collection of 12 postcards produced with a risograph using images taken from a 1986 home video filmed on ths island.

Also note that CEEYS are the originators and curators of the Q3Ambientfest in Potsdam which has now seen three annual editions and has featured a stellar roster of performers across a wide spectrum of contemporary and experimental classical music.

3 replies to A Sense of Place: Hiddensee by CEEYS