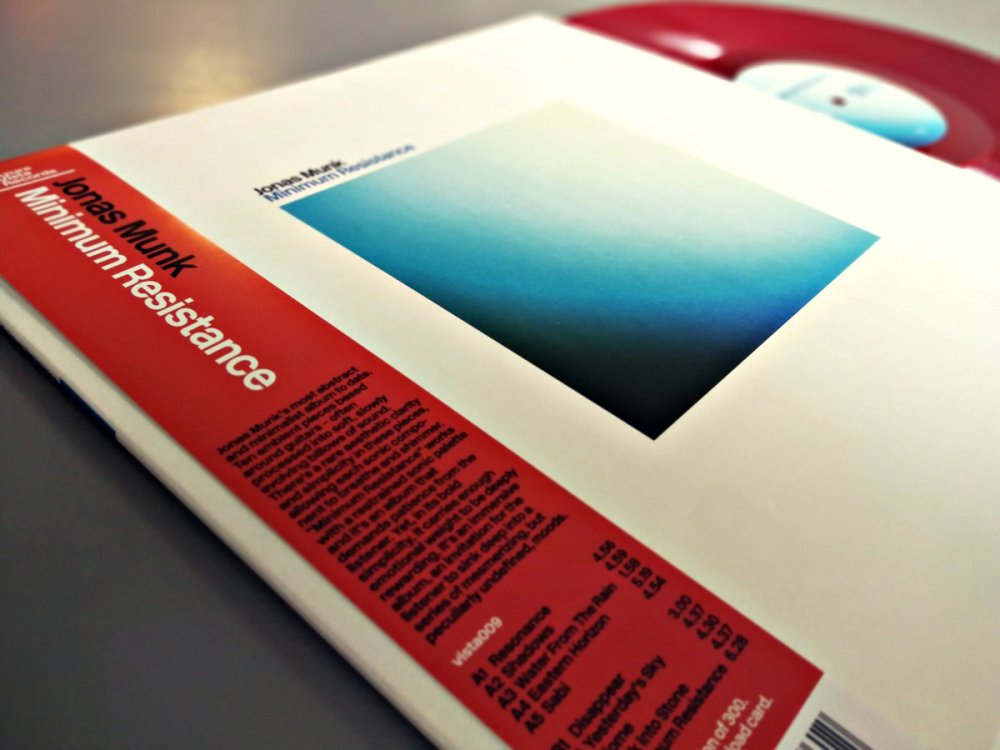 Jonas Munk is a man of many musical facets. The musician & producer from Odense, Denmark runs not one but two record labels while also playing guitar in psych rock band Causa Sui, serving as one half of the electronic music duo Billow Observatory (with Jason Kolb), and recording solo under the moniker of Manual as well as his own name. Until now all his self-named releases had appeared on his El Paraiso Records, the right fit for their vibrantly pulsating synth-oriented explorations.  His latest entitled Minimum Resistance however was published on sister label Azure Vista Records, a more apropos home for what Munk considers his most minimalist and abstract album to date, one which he says shares a lineage” with similarly styled Manual albums such as Confluence and The North Shore (both on Darla Records) yet that is “very much its own thing”.

The callback to such long standing ambient gems manifests itself in the immersive nature of the music, its beautiful swells and sweeping atmospherics, but Minimum Resistance has a lovely translucence all its own that allows the soft, incandescent glow of Munk’s guitar to be heard more clearly as it wafts and echoes in a suspension of time. I started absorbing this album well before the coronavirus exerted its grip on the world and have found it only more comforting to go back during the anxious days when my inner compass needs a reset.