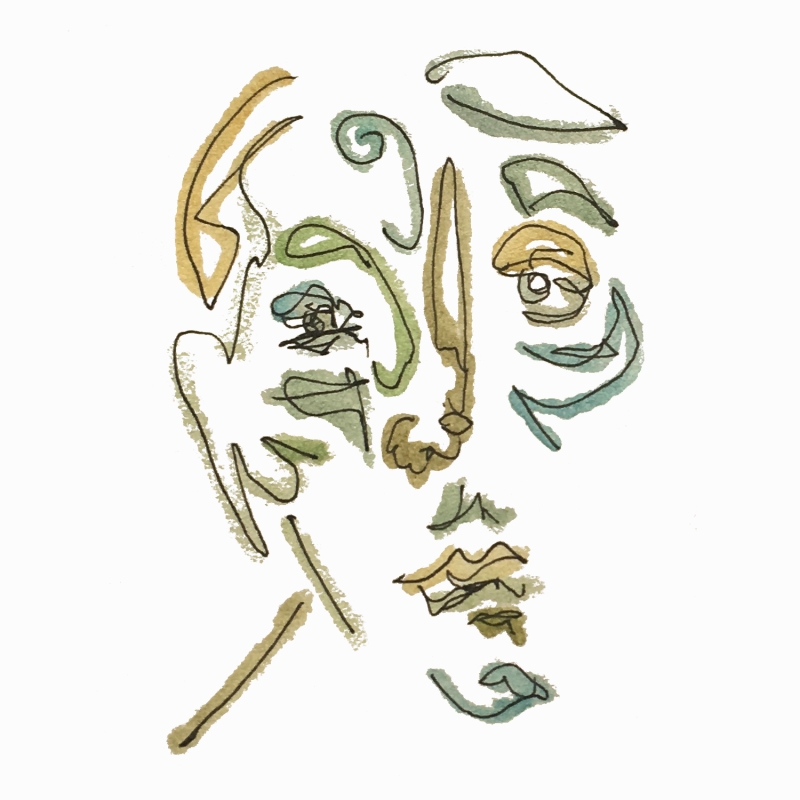 Providence, RI-based composer/producer Daniel Fine is poised to release his sophomore full-length album under the moniker of still life next month on Hush Hush Records, a Seattle-based label curated by KEXP-FM DJ & Pacific Notions show host Alex Ruder. ‘for a long time time i went to bed early‘ is a kaleidoscopic montage of reflection and memory that revolves around crystalline piano lines, prismatic textures, shimmering electronics, cinematic vignettes featuring strings and trumpet, euphoric post-rock crescendos, samples, found sounds, and spoken word.  The constant shifting of mood, pace, and color is reflective of life itself exactly as Fine intended when he started working on the album.

“This album has been a project that’s consumed my life since January of this year and has served as a sort of “emotional grounding” as I’ve gone through a lot of big changes in my life. It’s full of really quiet and really loud moments, messy moments, somber moments, joyous moments, and everything in between. It’s a bit lo-fi, a bit noisy – it’s a bit of a diary for all of my thoughts and emotions and places I’ve been and experienced.” – Daniel Fine aka still life 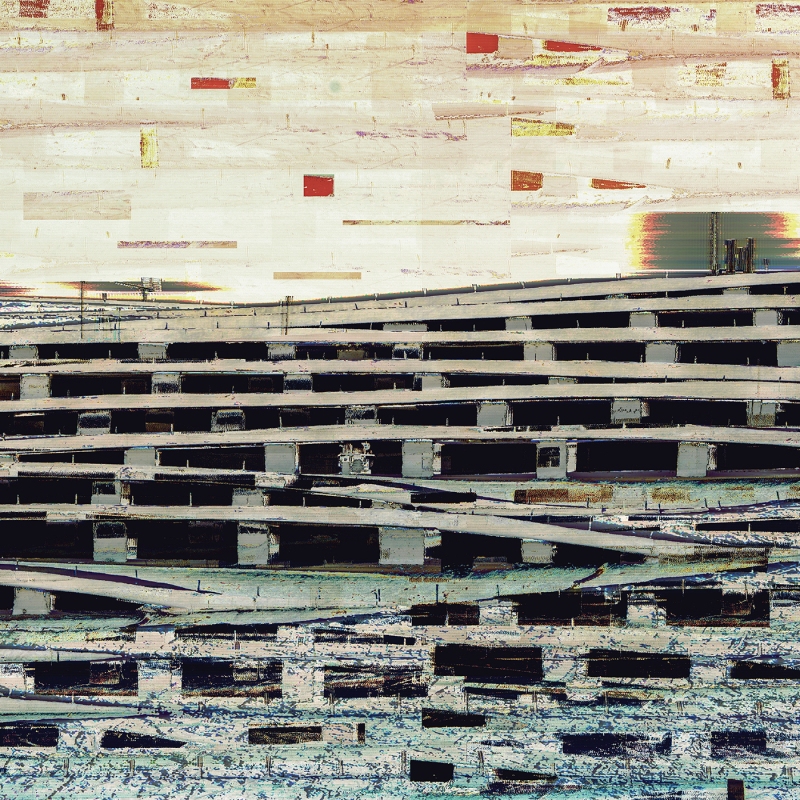 “Ypsilon” is the second collaboration between veteran sound artists Uwe Zahn aka Arovane (Germany), Porya Hatami (Iran) and Darren McClure (Japan).  Perhaps some readers recall the first time they joined forces as a trio on Veerian (2016, Eilean Rec), a veritable masterclass in minimalist expression and textural sound design. Never ones to repeat themselves, the new record find the group expanding on their original ideas and excavating new sonic terrain with the addition of more fluid melodic shapes and rhythmic structures. Ypsilon is in constant motion. It pulses, shimmers, and percolates with a restless energy and an impetus toward experimentation and even playfulness.

Here in this exclusive premiere, you can enjoy the penultimate title track which ushers in the album’s more contemplative, atmospheric closing chapters, a smooth glide path to the end of  a fascinating sonic excursion. 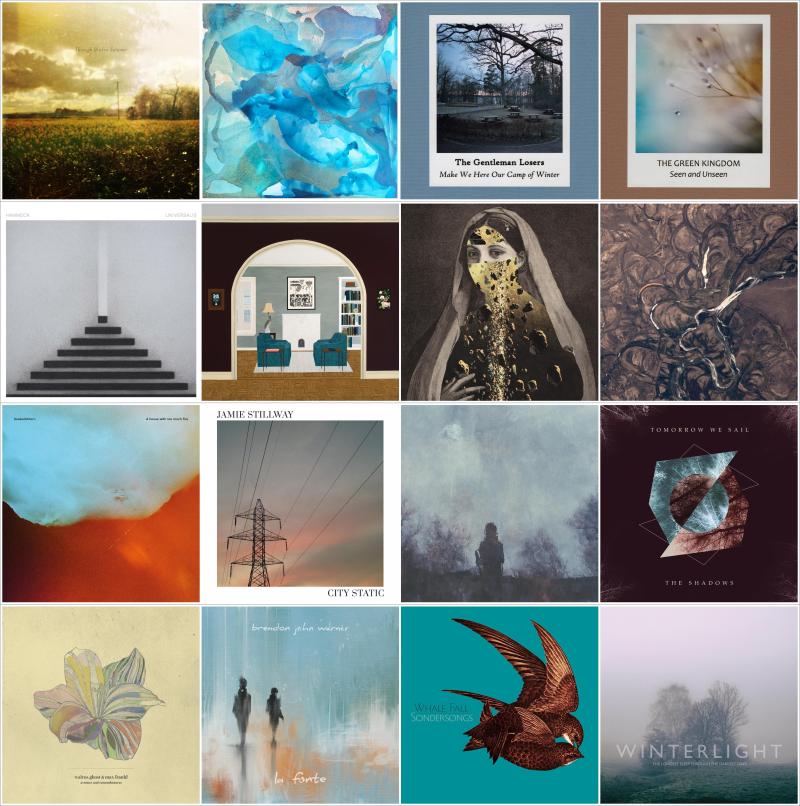 A vibrant and eclectic selection where genres never define of confine, but only serve as reference points for where words fail to describe the music; a sort of musical edgeland where ambient and modern classical minimalism co-exists with acoustic, folk, electronica, post-rock, and shoegaze. 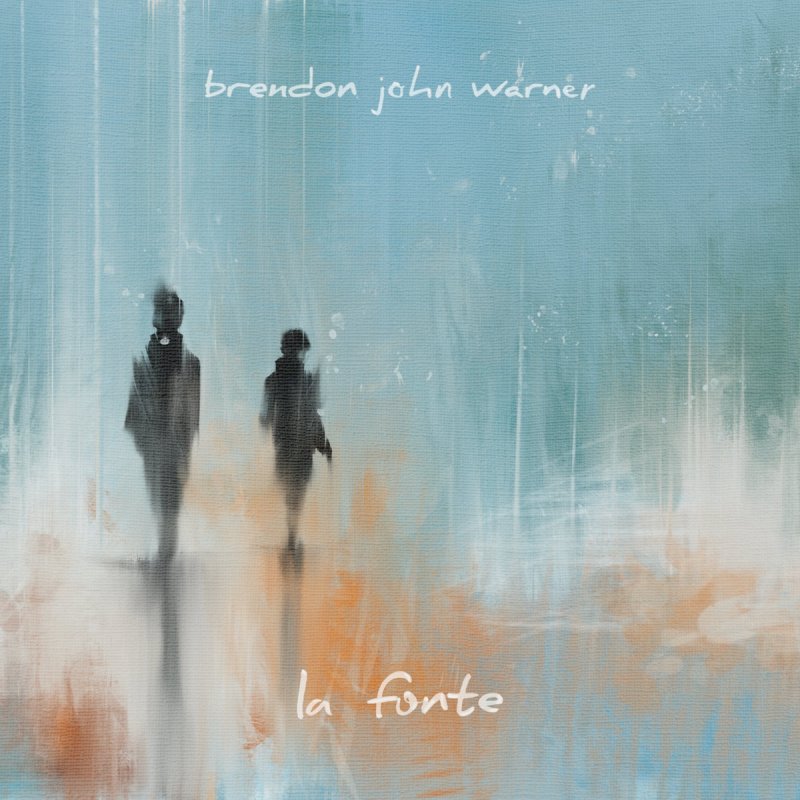 For eight years, Brendon John Warner wrote, recorded & toured Australia with the progressive post-rock group We Lost the Sea before heading down a different musical path to pursue his growing interest in synthesis and lo-fi electronics. Beginning to pull at what he calls “a long lingering creative thread”, he dedicated himself to a “radical, contemporary musical view focused on contrasts, textures, dynamics, spatial relationships and instrumentation”. That choice and commitment have come to fruition in the form of his first full-length solo album entitled La Fonte (“The Melt”), a sprawling, kaleidoscopic electroacoustic exploration of the relationships between humanity and planet earth, ecology and economy, and climate change. Those are pretty ambitious themes to tackle in a first effort, not to mention one that clocks in at over a full hour of immersive instrumental music, but Warner says that stretching himself in this way had a significant impact on him creatively speaking.

“Both musically and thematically ‘la fonte’ challenged me to re-imagine the way I express myself through music. While storytelling through instrumental music in nothing new to me, using a broader concept of sound and composition to delve into more contemporary issues became the hallmark of what I was trying to achieve. From the use of found-sounds and sampling to blending synthesized drums with live percussion, and even a more open approach toward improvisation, this record, and the impossibly big themes it aims to explore, changed me as a musician and as an artist.” – Brendon John Warner 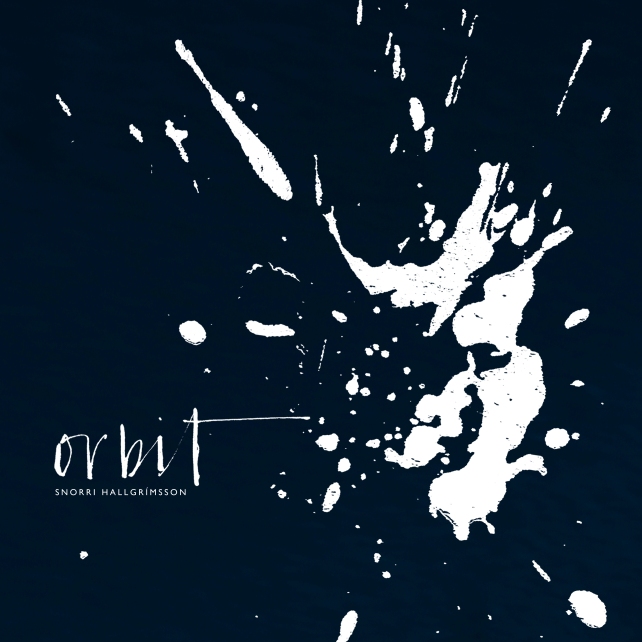 Snorri Hallgrímsson is a composer, producer and multi-instrumentalist from Reykjavík, Iceland. Originally starting out as a classical guitarist, he fell in love with film music during his teen years and, having secured a degrees in composition from both the Iceland Academy of the Arts and Berklee College of Music, his name is associated with a growing list scores for cinema and television. Now he has a full-length solo album to call his own and it is very much imbued with not only the atmospheric elements of filmic music but also an elusive and haunting mystique captured by only a handful of Icelandic composers such as Ólafur Arnalds with whom Hallgrímsson has worked on such projects as Island Songs, The Chopin Project, and the BAFTA-winning score for Broadchurch. Certainly one can hear echoes of these works on the sumptuous offering that is Orbit, but we are also introduced to Hallgrímsson’s own voice not only as a composer and arranger, but quite literally thanks to his bold decision to add vocals to many of the songs. The result is an album of arresting, hypnotic beauty and extraordinary emotional depth.

“Recorded primarily at Ólafur Arnalds’s studio in Reykjavík, the songs on Orbit explore the difficulties of living in and moving between vastly different places: from Mexico’s sunny days to Iceland’s long winter nights and their emotional toll. Orbit is also about people met along the way, of friends and family whose absence is bittersweet. The concept of ‘home’ is replaced by an ‘orbit’ the composer circles from place to place.” – Moderna Records 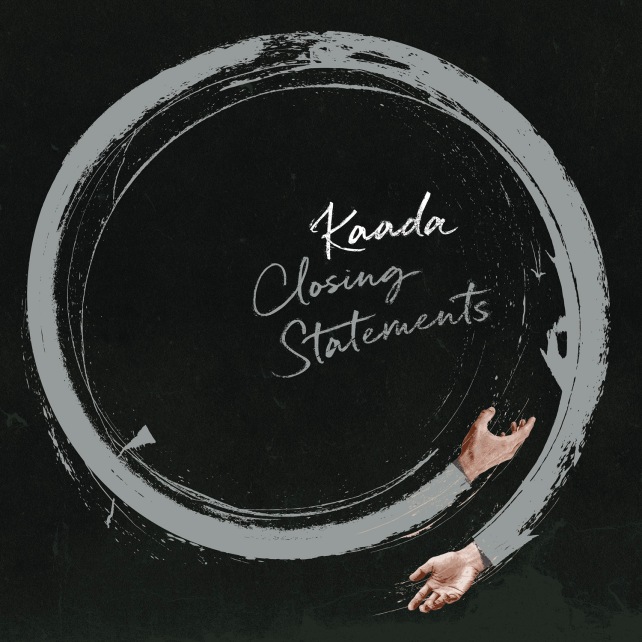 Norwegian multi-instrumentalist, composer, & producer John Erik Kaada knows a thing or two about making sounds that people want to hear. Over the course of his musical career he’s made quiet a lot of them across a diverse spectrum of genres and formats – solo albums, collaborations, soundtracks, and live shows. He has just released another album and while he no doubt wants people to hear to it, what he really hopes is that it will drive home the message of how important it is for people to listen, really listen, to one another. The title of each song on Closing Statements is either a quote or fragment from things that people, both famous and infamous, uttered when they were about to die. A somber theme to be sure, but Kaada gives it a life-affirming twist. While so much music about death look inwards towards feelings of grief, loss, or nostalgia, he discards such well-worn tropes to reveal a surprisingly poignant lesson for the living.

“I don’t think I’ll have more important things to say when I’m on my deathbed than I have generally in life. This applies to most people, I guess. Final words aren’t any wiser or cleverer than anything you’d normally say. But it’s the fact that you’re not going to say anything else ever again that makes this moment so special. You have the audience’s full attention…The underlying message of the album is that we have to listen to each other. In a modern world where people mostly don’t have the time or interests to get to know one another, we need to be reminded that we need to listen.” – John Erik Kaada 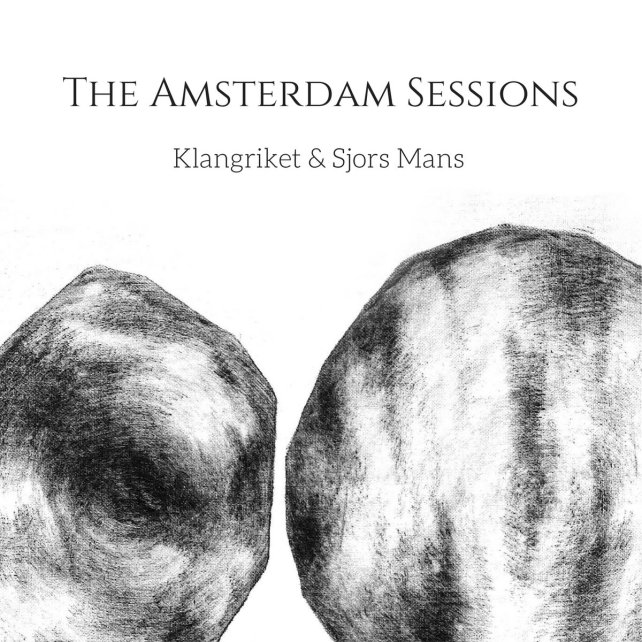 As 2017 drawing to a close, Stationary Travels premiered a track from The Amsterdam Sessions, an EP which resulted between Stockholm-based by Fabian Rosenberg (aka Klangriket) and Sjors Mans in his Amsterdam studio where they came up with five impeccably beautiful pieces named after locations in the city that intertwine ambient textures and atmospheric electronics with delicate piano-based compositions. It’s a pleasure to call attention to this project once more, this time on the occasion of the premiere of a mesmerizing video for “Prinsengracht” created by Frida Holmgren who also contributed violoncello on some of the tracks.  In it she brings to life the pulsing patterns and blooming surges in what is the most kinetic piece on the album.

When Fabian first played the song for me, we were sitting in a studio at school. I saw the reflection of strip lights on a black computer screen and really liked the pattern it made. That is what initially inspired me. And I wanted to make a hypnotic video, since that’s how the song was for me when I listened to it. – Frida Holmgren 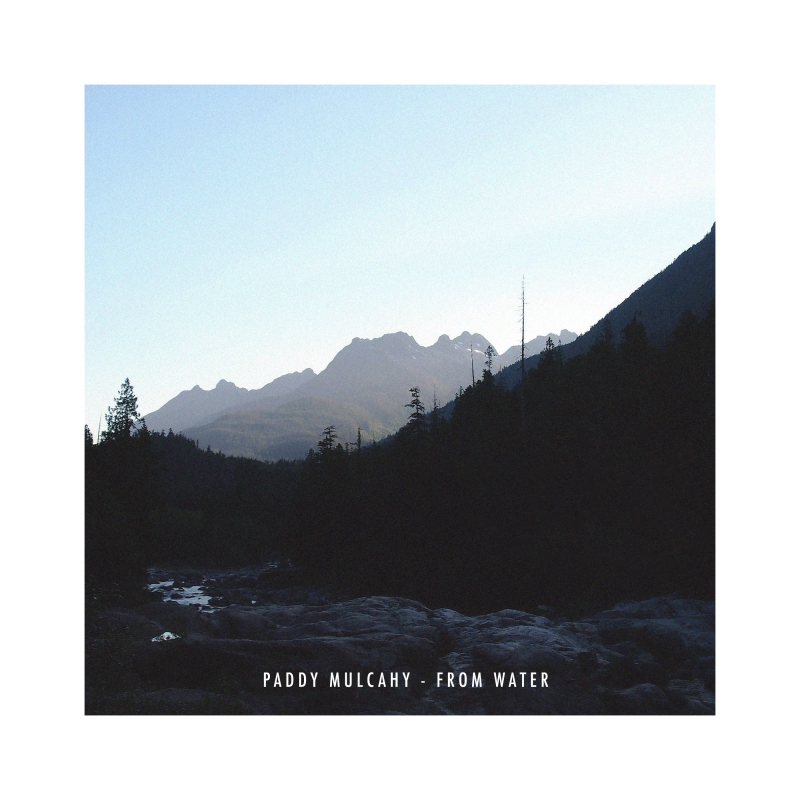 A little over a year after his patient fusion of close mic’ed solo piano with delicate synthesizer constructions on The Words She Said (reviewed here), Irish-born, Montreal-based composer/producer Paddy Mulcahy returns with an enigmatic foray into finespun electronica & percussion in the form a striking five-track EP entitled From Water.  It begins with the shimmering  “You Could Walk Across the Shannon” which treads a fine line between hope & melancholy in keeping with what Mulcahy sought to put across in the song.

“‘You Could Walk Across The Shannon’ is about overcoming the impossible. It’s a musical representation of being an underdog in a vicious race; it’s the rare ability to walk across a riverbed at low-tide. I want to inspire people who are suffering, people who are sad and feel like there’s no point. This music was inspired by nature, people and overcoming my depression.” – Paddy Mulcahy in DJ Mag, 03/09/2018 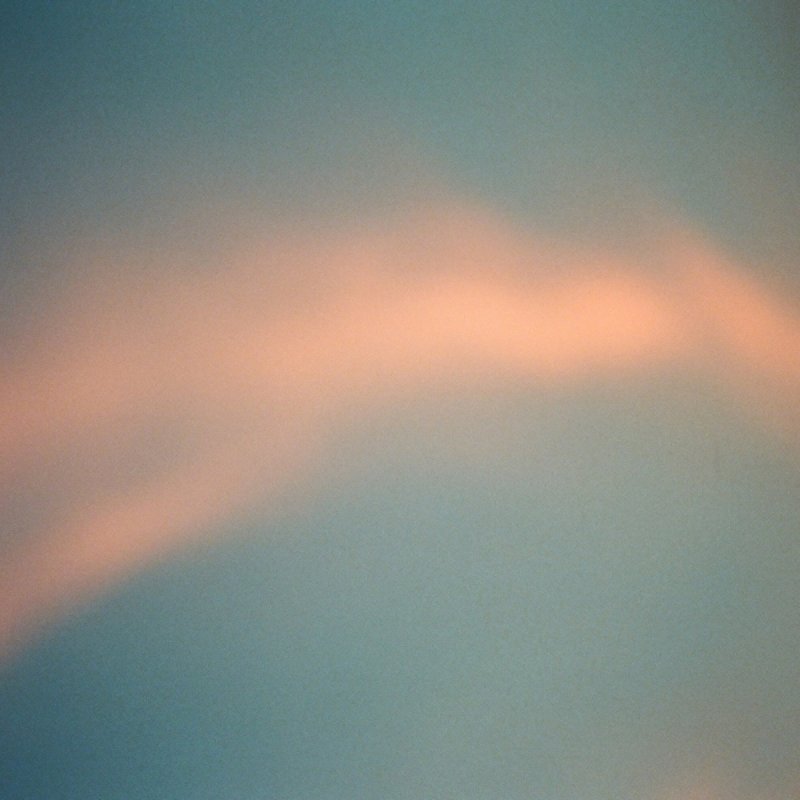 Amidst the teeming diversity and cacophonous sprawl of Los Angeles are scores of people who specialize in making and selling dreams. There is probably no place on earth that has not been imagined or portrayed there and preserved on celluloid.  But to truly experience the soul of a place, to connect with it, soak it in, and meaningfully interact with it, you really do need to be there. Perhaps it was with this mindset that Brian Allen Simon aka Anenon packed up his instruments in the spring of 2017 and left behind a roiling political/cultural climate for the serene and picturesque rolling hills of Tuscany, home to millenia of sublime artistic expression and enviable provincial life. There, in a makeshift attic studio on the third story of a 16th century villa in the small town of Palaia he embarked on a month long musical odyssey which resulted in his fourth LP entitled Tongue.

“I live in the city of ephemerality. The omnipresent LA light soaks my mind and body and moves me forward towards a dark and inconsistent absence of remembrance. Around me, histories are bought and sold daily in an unplanned, urban and suburban dwelling that on paper makes zero sense, but in reality has become a haven for wide open creative thinking and action that couldn’t exist anywhere else…I wanted to make music that can live inside of anywhere one finds themselves: city or country. It’s a series of shifting moods and melodies that through the heart, mind, hands, throat, and tongue sing an outpouring of metaphysical, nuanced psychedelic passing truth.” – Brian Allen Simon