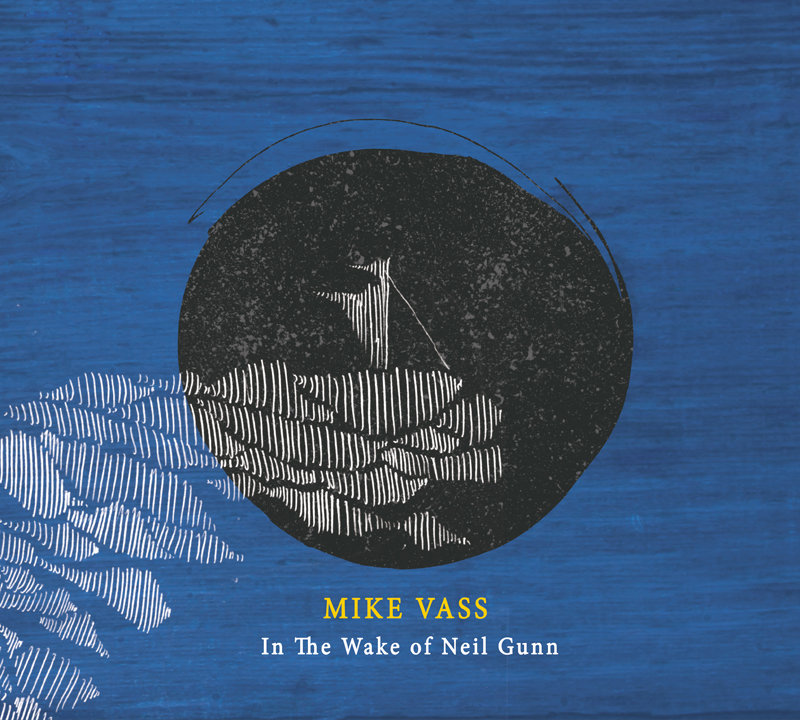 “We waved farewells until the ancient ruin on the rock shut out the white walls of the hotel and the figure of our hostess. Ten miles away Waternish Point lay low to the sea in a faint haze. We set a straight course for it and committed ourselves to our adventure.”

So begins the journey author Neil Gunn chronicled in his 1938 book Off in a Boat. Born in a fishing village in the north of Scotland and having just published one of his most pivotal and beloved novels, Highland River, Gunn voluntarily retired from a civil service career started in 1911, sold his house, bought a boat, and took a 3 month voyage around the Western Isles with only his wife as “crew” and his brother as “mate”.  In the years to follow, he went on to become one of the central figures of the Scottish Literary Renaissance.

This delightful book was among my companions during a memorable family trip to Scotland in 2006 and so I was thrilled when I learned that composer and musician Mike Vass initiated a project to recreate this voyage and lend it a musical aspect by playing concerts along the way as well as composing a new album inspired by the journey. Dubbed In the Wake of Neil Gunn, the project is now complete and the album has just been placed on the long list for the 2015 Scottish Album of the Year (SAY) Award.

As one of Scotland’s finest musicians and winner of the ‘Composer of the Year’ award at the Scots Trad Music Awards in 2012, it is hard to imagine anyone better suited to this undertaking than Vass. Indeed the album skilfully blends beautiful acoustic playing and fetching melodies across a backdrop of atmospheric elements comprised of  orchestra, electronics, and field recordings all of which combine to create a cinematic sense of narrative and a vivid sense of place.

‘Settled in Clay’ is the perfect opening with its clean acoustic guitar lines and lovely refrain giving way to an accelerating crescendo that generates the sense of adventure and anticipation for what is in store. This start is echoed in Gunn’s own words as he and his “crew” left the shore behind.

“…in a vary short time we were conscious of being in a new world. It is difficult to explain how deep the meaning these last words”

Where words may fail, Vass’ music succeeds. ‘Sphere Music’ and ‘Fused Dark’ envelop the listener in that aura of isolation and mystery that must have been palpable taking the open water in such a vast place.

Continuing on, ‘The Very Thing’ feels like reawakening of sorts. Our sea legs are under us now and we have adapted to this “new world” breathing in deeply the salt air. The track title is no doubt lifted from the words spoken to Gunn by his friend Eoin in the first chapter about the boat that would eventually make the trip (“I know the very thing for you. I saw her last week in Skye. She’s mahogany from the keel up and has the lines of a girl”).

By and large the remainder of our expedition is energizing and uplifting. ‘Cold Iron’, ‘Heave and Roll’, and ‘The Blue Fields of Paradise’ pulse with percussive energy, tight arrangements, and inventive passages while ‘Quiet Voices’ provides softer moments of reflection and introspection.

The album then concludes with a decidedly modern classical feel courtesy of the soaring strings of ‘The Lock Keeper’ and the exquisite finale, ‘One Common Bond’.  Gunn’s final words suffice to sum up the proceedings of both his own journey and the one on which Vass has taken us:

“The peace of Iona and its light came back upon the mind, the tumultuous seas of the Torranan, the spacious bays of Oban and Tobermory, the granite walls of the Bull Hole, the lobster fishers, the seaweeds, the calling of night birds, that day – already bordering the realm of the unreal – when we rounded Waternish and Dunvegan and seen the fixed dream of the Outer Isles over the fins of basking sharks. Portnalong and Eigg, the Cuillin and Rum. Loch Etive of legend and sun….and with a land like this behind us, how naturally generous should be our appreciation of the marvels and beauty of a strange land. For all lands have one common bond–the sea.”

In the Wake of Neil Gunn (both the album and web site) is graced with drawings from artist/musician Lizzy Doe and the album is available on CD and a variety of digital formats. See the links below for more information along with some featured tracks and video.

Mike Vass and Innes Watson live in Iona Abbey (filmed during the project):

1 reply to A Sense of Place: Mike Vass – In the Wake of Neil Gunn [Unroofed Records]